Please join us for our public events 2019 in Bern!

An introduction to the working premises of the Sommerakademie in light of this year’s theme: STATECRAFT. Up to a point, Contemporary Art’s liberal investment in open dialogue has served it surprisingly well. But given the increasingly uncomfortable stakes on a global scale, perhaps the dialogical needs to be reconsidered as dogma, and deployed as one option among many instead. When it comes to art, what could be the benefits of measured antagonism and lines in the sand? What’s to be gained in shifting the epistemic, curatorial and artistic goalposts here and now?

Statecraft Art is not Contemporary Art
Lecture by Suhail Malik

Suhail Malik addresses why Contemporary Art in its current configuration cannot rise to the challenge of statecraft. Examining what the criteria for a statecraft art have to be, Malik outlines how a statecrafting art has to operate otherwise that Contemporary Art. In particular, given the 'future-oriented' approach of the Sommerakademie, what are the relevant time-signatures of art, of action, of the state itself? 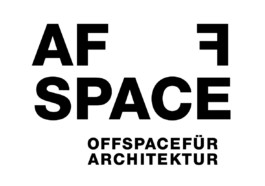 Reinventing the role of the architect, through the story of an immigrant who eventually practised architecture in Belgium, and who returned to Romania some 20 years later, to play a key role in a brand new political party. From property law to the renewal of Europe, an engagement in public policy can indeed build on a background in architecture. If in ways that are not exactly straightforward.

On the benefits of storytelling, myths and imagination, all without the need for any heroes in particular. This with the help of Hyperstition, and of Brecht’s Alienation Effect. But also of Kafka’s last piece, Josephine Singer or the Mouse Folk: "When we are in a bad way politically or economically, her singing is supposed to save us, nothing less than that, and if it does not drive away the evil, at least gives us the strength to bear it."

Over the period of 2015-2016, the Shedhalle Zürich hosted "Die ganze Welt in Zürich“ (The Whole World in Zurich). The project successfully anchored Urban Citizenship debates within a Swiss context – even as it approached the topic through the political agency of art specifically. "Die ganze Welt in Zürich" not only reached a broad audience via a publication and a show. It aimed for a concrete intervention within Swiss migration policy, and to marking discrimination debates within Switzerland in long-lasting fashion.

Join us afterwards for a drink in the garden of the Schwobhaus!

Oana-Maria Bogdan
Oana-Maria Bogdan is an architect and urban planner, co-founder of the international practice BOGDAN & VAN BROECK and former Secretary of State for cultural heritage in Romania. She is currently using this valuable experience in advocacy work in Europe and in active political construction in Romania. Her involvement in societal affairs, as well as in political debates, contributes to the raising of cultural awareness in the domain of architecture.

Suhail Malik
Suhail Malik is Co-Director of the MFA Fine Art, Goldsmiths, London, where he holds a Readership in Critical Studies, and was 2012-15 Visiting Faculty at CCS Bard, New York. Recent and forthcoming publications include, as author, ContraContemporary: Modernity's Unknown Future (Urbanomic, 2020) and 'The Ontology of Finance' in Collapse 8: Casino Real (2014). Malik is co-editor of The Flood of Rights (2017), a Special Issue of the journal Finance and Society on 'Art and Finance' (2016), Genealogies of Speculation (2016), The Time-Complex. Postcontemporary (2016), and Realism Materialism Art (2015).

Katharina Morawek
Katharina Morawek is a cultural organizer and co-founder of the urban policy initiative Wir alle sind Zürich [We All Are Zurich]. She is also vice-director at INES - Institut Neue Schweiz [Institute New Switzerland]. Until 2017, she was the artistic director of Shedhalle Zurich, where she initiated The Whole World in Zurich. She has worked and published on issues of democratization, transformative artistic practice and political history. In 2017, she published the anthology Urban Citizenship. Democratising Democracy, co-edited with Martin Krenn.

Christopher Roth
Christopher Roth is a filmmaker and artist. His films Legislating Architecture and Property Drama (with architect Arno Brandlhuber) have been shown at the architecture biennials of Venice and Chicago. Part three – Architecting after Politics – is due autumn 2018. His feature film Baader won the Alfred Bauer Prize at the Berlin Film Festival 2002. Hyperstition is a film addressing left accelerationism with Armen Avanessian; 80*81 What Happened? was a two-year research project with Georg Diez, leading to 13 books and 30 theater pieces and performances worldwide. Roth is represented by Esther Schipper and lectures at ETH Zurich. In March 2018, three collaborative web TV channels were launched as space-time.tv Featuring Realty-v (with Tirdad Zolghadr of the KW Berlin), S+ (with Arno Brandlhuber’s chair at ETH) and 42 with Fahrbereitschaft, Lichtenberg.

Please join us for our public events 2019 in Bern!