STATECRAFT
Better Governance Within, Via, and in Spite of Contemporary Art

Given the enduring rise of neofascism, it’s no longer quite enough to be traumatized, critical, or cheeky. Speaking Truth to Power remains important. But proactively reclaiming the tools of governance has become a pressing imperative. To this day, art enjoys the freedoms of a court jester, as it has for millennia. But history does feature artists actually taking responsibility, every now and then. Arguably, even our own generation can grow up and learn from those examples, sometime soon.

What is statecraft; what are the entryways, terms and symbolics, tactics and prospects at stake? And in the name of which agenda might one put any statecraft to use? As far as Contemporary Art is concerned, many traditional values of the progressive Left – redistribution, regulation, accountability, social justice – have yet to regain the currency they once enjoyed within the field.

Which is why our discussion of statecraft would need to include the structural realities of our field itself, in a manner that is as level-headed and consequential as possible. For any serious shift to occur, among many other things, Contemporary Art would need to rediscover the benefits of polemical lines in the sand, and to revisit the art of measured antagonism. Up to a point, our liberal investment in open dialogue has worked well. But perhaps it needs to be reconsidered as dogma, and deployed as one option among many instead.

STATECRAFT will discuss art practices that have successfully resorted to strategies of governance, whether for progressive or reactionary ends. Be it in the name of decolonization, socialism, the Right to the City or otherwise. Which forms and formats allow for a future-oriented frame of reference, limited to neither commercial success, nor process-based research, treating both these traditions as means to bigger ends instead?

Our very location is perfect for the above conversation. Bern is national capital to the most extensive model of direct democracy currently available. While on a local level, it boasts institutions with a fairly shrewd sense of strategy. The Reitschule, a onetime squat, has survived four public referenda aiming to shut it down. Though its punk aesthetic is anathema to the artworld, in terms of coalition-building, we have everything to learn.

The program will also seek continuity in time, by building on the preceding edition of the Sommerakademie. This in terms of the experience of working with contributors of 2017-2019, whose BLOCC initiative easily demonstrates the massive potential of experimental teaching templates. For its part, STATECRAFT will in turn emphasize higher education as a cross-generational, public mandate, and draw on REALTY as a curatorial premise. This in terms of speakers and collaborators, as well as case studies too. Urban development will be addressed as a salient example of latter-day statecraft, from the promise of New Municipalism, to gentrification patterns across Europe and beyond.

Finally, with the turn of the Sommerakademie Paul Klee towards Bern University of the Arts HKB as its institutional partner and home base, the role of both academia and art academies is to be explored as scrupulously as possible. How does educational elite-formation feed into governance patterns on nationwide and global levels? Can the teaching machines of the humanities, social sciences, and Contemporary Art still be claimed as means to better statecraft? Possibly so. 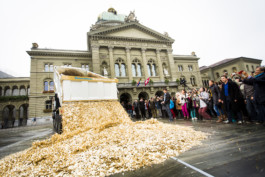 Tirdad Zolghadr is a curator and writer. His most recent book is Traction, Sternberg Press 2016. Zolghadr is artistic director of the Sommerakademie Paul Klee in Bern and associate curator at KW Institute for Contemporary Art in Berlin. Curatorial work includes biennial settings as well as numerous long-term research-driven projects.