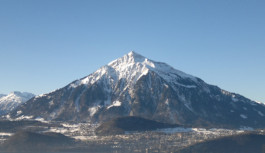 Once the spontaneous frontline of gentrification, artists and other creatives are now routinely programmed into the conversion mechanisms of urban and capital development. Yet, as is now well established, such development usually leads to the pricing out of these creatives. In order to protect the overall vitality of cities, policy makers and urbanists now insist that city development must protect spaces and rents for low-income sectors like artworkers and creative entrepreneurs. Imposed constraints on gentrification are entering the policy space, as is antigentrification. This change in the agenda looks to mitigate gentrification to serve the creative class better — and therefore, so it is supposed, the broad future of cities. However, antigentrification by and for the creative class reinforces that this class is to be the privileged and protected beneficiary of gentrification, entrenching its centrality to this channel of increasing capitalisation.

This talk examines whether and how this revised notion of gentrification can extend beyond the self-regarding interests of the creative class. In particular, how can the artfield deploy the protected and endorsed privileges of this class, to which it belongs, in the interests of those who are the primary casualties of neoliberal socioeconomic inequalities: a demographic with historically low-income, who are under-capitalised and with low social mobility? These are precisely the inequalities reinforced and made manifest in the urban space by creative-led gentrification itself.

Reading, Revolution, Realty. With Hegel, Lenin and Benjamin in Bern. Reflexions on the Sommerakademie Paul Klee

Hegel, Lenin and Benjamin have in common that for a year or two they were residents in Bern, spending most of their time reading and reflecting on the relationship between theory and practice. In the summer of 1918, Walter Benjamin, bored with traditional academia, even founded his own fictitious university, the Universität Muri, which for many years would become a recurring topic of ironic remarks in his epistolary exchanges with his friend Gershom Scholem. The celebration of the centennial of Benjamin’s 1919 doctorate in Bern might be an excellent occasion to become serious about the idea to found a small university in the eastern outskirts of the city. If a summer academy is an artistic residency programme turned academic, it seems that we are only a few steps away from revolutionising the artistic residency into a kind of Ph.D. in the Arts programme. From a summer academy's temporary use of infrastructures, an interest in the theme of realty and its valorisation almost logically derives.

What are the possibilities for artists who wish to share responsibility for the economic realities that surround them? Today’s context actually does offer strategies that enjoy a surprising degree of traction and success. From professional pressure groups demanding fair remuneration, to broader social movements tackling the very idea of wages, and of a universal income. Together, artists Lise Soskolne and Enno Schmidt will address the best-case scenarios, and the means required to get us there.

A Question of Timing: transitory uses of urban space

Over recent years, Philippe Bischof has earned a reputation as a keen, dynamic, and at times polemical initiator of experimental usages of urban space. In conversation with Tirdad Zolghadr and the research fellows of the Sommerakademie Paul Klee, he will discuss the pros and cons, and the working criteria at play in the political landscape. Bischof will refer to case studies and scenarios from his time as head of the Department of Culture of Basel City. But will also touch upon the increasing efforts of international festival and art biennials to make a mark in public space.

Practices and ethics of cultural production with(in) community based

Collaborations between cultural workers or institutions on the one hand and social movements or community-led organisations on the other will always raise a good number of questions. How do you build alliances in a spirit of mutual understanding and shared expectations? Both in terms of tactical interests and of long-term strategic alignments. How do you navigate differences in perspective, desire, skill-set, and social, cultural or economic capital? A key challenge here is that of producing structures through which the affected communities can hold other actors accountable, bearing in mind that both might overlap: cultural workers might be part of the affected groups,and neither cultural institutions and nor community based organisations are homogenous entities. They are contested and often fragile constellations, powerful and affected in very uneven ways.